The American Bankers Association (ABA) released the results of its 2011 survey of US consumers’ preferences of banking channels. The survey of more than 2,000 U.S. adults found that:

62% of adults prefer to use the online channel to do their banking — up from 36 percent in last year’s survey. And for the first time, the majority (57%) of customers 55 and older say they opt to do their banking online, a significant increase from 20% in 2010. The popularity of all other banking methods has declined since last year’s survey, with preference for branches dropping from 25% to 20% and preference for ATMs dropping from 15%to 8%. The least preferred method of banking was the mobile channel, which dropped from 3% in 2011 to 1% this year.

My take: I have three reactions to these findings:

1.  The shift is too dramatic. I’ve been doing consumer research in the financial services industry for most of the past 12 years — looking at the adoption of online banking, online bill pay, account aggregation, eStatements, PFM, etc. — and I have never seen, year over the year, the kind of change reported by the ABA.

From 2010 to 2011, the percentage of 55+ year-old consumers that prefer to bank online nearly tripled from 20% to 57%. Why? What the hell happened between last year and this year that suddenly made Boomers wake up to the benefits of online banking?

Even the shift among all adults — from26% to 62% — is huge, but it’s hard to tell how much of that shift is being influenced by the 55+ segment (it shouldn’t be too much if the sample is representative). Did Gen Yers wake up one morning and discover online banking? And are you trying to tell me that a significant percentage of them shifted their preference from the branch and ATM? No way.

2. We need to ask more specific questions. Whatever the reason for the tectonic shifts in preferences, the results of the study convince me that we researchers need to get a little more specific when asking about channel preferences. Specifically, we need to ask about channel preferences for specific types of interactions and transactions. Eight percent of consumers might say that they prefer to bank by ATM, but the reality is that they can’t do everything they need to (potentially) do with a bank through the ATM.

3. The mobile number is out of whack. If asked, before I saw the results, to guess what percentage preferred the mobile channel, my guess would have been a lot higher than 1%. I would have guessed that it would have doubled from 3% to 6%. That number might seem to low to you, but keep in mind that only about 15% of US adults are using mobile banking. So 6% of 15% would mean that 4 out of 10 mobile bankers prefer the mobile channel to all others.  But the percentage didn’t double — in fact, it dropped. Very counter-intuitive.

The following is from an article in Bank Director about mobile banking:

“The early adopters are not charging for their mobile services and have not placed much emphasis on achieving a specific return on investment. Rather the business plans are built around the theory that mobile banking will become commonplace, and it makes sense to prepare for it. “How do you get payback on an ATM?” says Lockwood of United Bank, suggesting that mobile devices are just another channel through which to distribute information. Payback will happen over time, as younger customers in particular become attached to the service and develop deeper relationships with the bank because of it, he says.”

My take: What’s that saying about those who don’t understand history are destined to repeat it?

The line of thinking that “payback will happen over time as [fill-in-the-blank-customer-segment] become attached and develop deeper relationships” has been used over and over, with ATM, home banking, online banking, online bill payment, eBills, etc. And never has the “attach and deepen” promise ever been realized.

Seven years ago I wrote a research brief exhorting banks to kill their mobile banking development efforts. I didn’t believe then that consumer demand was strong enough to warrant it, and, more importantly, I believed that there were more important priorities for banks to focus on.

Surprisingly, seven years down the road, consumer research continues to show negligible demand for mobile banking. Aite Group’s research has found that just 5% of consumers say they use mobile banking capabilities today, with 70% saying that they’re flat out not interested.

But this time around I’m not convinced that mobile banking should be ignored. It has nothing to do with consumer demand or “attach and deepen”, however.

Many industry observers views are too myopic. The naysayers point to anemic consumer interest and say “see, nobody wants it.” The supporters say “it’s the way of the future, and people will want it down the road, especially younger consumers.” The latter group then proceed on figuring out how to take online banking features and port them to cell phones.

What we have are two views of mobile banking: The marketing view and the technology view. What’s missing is the strategic view. What I don’t hear anyone asking is:

I don’t mean to insult the technologists, but too many are wrapped up trying to dream up new features for mobile banking. Many marketers, on the other hand, either have their heads in the weeds, bogged down by market research numbers, or in the clouds, deluded by dreams of attachment and deepened relationships. And then there are the strategy folks who seem to be focused on which bank they should acquire next.

If banks want to succeed with mobile banking, it’s time for some more strategic thinking on the topic.

As reported in Finextra, TowerGroup expects the number of mobile banking users in the US to increase four-fold in just one year, from 1.1 million in 2007 to 4.6 million users in 2008, and then up to nearly 29 million in 2011. The growth, according to the analyst firm “will be driven by major improvements in technology across wireless networks, handsets and applications.”

I was chatting recently with someone from a third analyst firm who confirmed that his company’s numbers are in line with the Forrester numbers.

My take: Tower’s forecasts are way out of line. And not simply because there’s an apparent lack of interest today. Instead, it’s because technology improvements, in and of themselves, aren’t enough to generate demand.

For Tower’s estimates to come true, banks will need to make significant investments — not just in the technology, but — in marketing the service to drive adoption. I don’t see it happening. There are too many better places for FIs to put their money than in mobile banking technology and marketing.

Last point: I’m anticipating that those who read this will vehemently disagree with me, because of their interest in mobile banking. 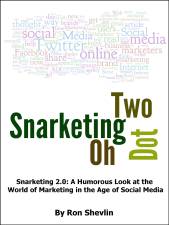 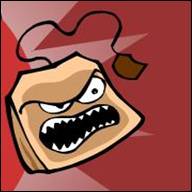